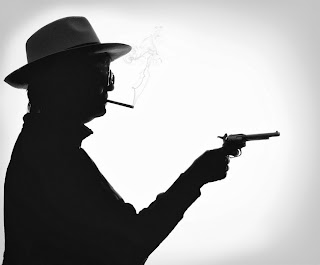 Mysteries and thrillers. What are the differences? The following was acquired some years ago, its original source unknown. And while it is not gospel, it’s not a bad set of guidelines for anyone with questions about the two forms.* 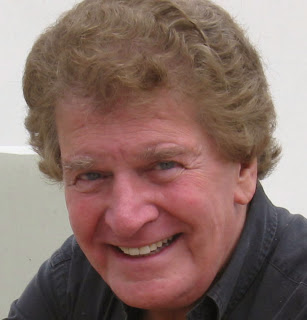 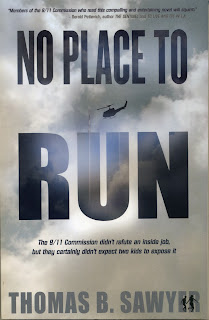 About NO PLACE TO RUN:
Attorney Bill Lawrence’s client, a just-convicted hitman, confides a chilling secret: information that will buy his freedom – evidence of a murder he carried out on Sept. 11, 2001. Bill finds the documents, and knows that he, his family, and his client must immediately disappear.  Uprooted without warning from career and lover, Claudia Lawrence, 24, and brother Adam, 12, figure it’s the worst moment of their lives when, with their parents, they’re thrust into Witness Protection.  Not close. Next morning their mother and father are blown to pieces by a car bomb.  Their father’s client is murdered in his jail cell. Within hours, Claudia’s accused of their parents’ murders. She and Adam become fugitives, running from police, and from rogue FBI agents determined to murder them. Their key to survival: find the evidence their father had – before the bad guys get it – and give it to the authorities. With ingenuity and daring, Claudia and Adam locate this McGuffin, escape seconds ahead of the bad guys – and discover that it makes no apparent sense. Now, they must figure out its meaning – and why people want them dead. Over the next days of breathless chase and harrowing escapes, Adam and Claudia lie, steal, and assume aliases as they outwit people ever more desperate to kill them, while piecing the truth together with the long-distance help of her lover, Nick. Their quest propels them from Houston to LA, to a tiny North Carolina hamlet, to D.C., to a Chesapeake Bay estate, where they confront the major heavy, finally deciphering the puzzle – and its horrific meaning. In a mega-tense climax, facing almost certain death, Claudia makes a moral choice few people ever have to face as she avenges the murders of family and friends – and exposes the truly ugly conspiracy behind the events of 9/11.

The Point of Being a Writer 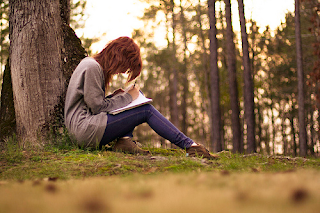 Before I wrote my first novel, I thought getting that first book published was The Goal, The Dream, The Point of being an author. Sort of like reaching the Promised Land, only better.

What I’ve found is that it’s actually more like reaching that first rest stop on the first day of a two week cross-country driving vacation. Sure, you’re delighted to get out and stretch, and you feel great about having come so far. But then a glance at the map makes you realize you haven’t even made it out of your state, no one else cares whether you keep going or not, and you still have a LONG way to go.

Getting my first book contract opened the floodgates on an immense and overwhelming river of writing-related-but-not-actually-writing activities. My editor said I needed a website, a Twitter account, a Facebook presence, and a blog. And it wasn’t enough to just set them up – I needed to actually engage readers, writers, and anyone else I could think of, preferably on a daily basis. Oh, and also try to get as many signings and speaking engagements as possible.

As he described all the things I suddenly needed to do to promote my book, a small voice in my head whispered, “But when will I have time to write?”

I didn’t listen to that voice. I plunged in to the full extent of my abilities and financial resources. I made a ton of mistakes, and I did a few things right. I learned a lot about social media and about the incredible kindness of other writers making this same journey. But in the end, publication and all the trappings that surround it are really only distractions. Sometimes shiny, fun distractions…but still distractions.

Because I was wrong about The Point of being an author. The Point is not to be published or to have 15,000 followers on Twitter or even to get rave reviews in the New York Times.  Those things are fabulous – but they are just the sprinkles on the donut. The Point is to write. To sit in the quiet hours of the day and have an entire world come to life in your head and flow, however imperfectly, onto the page. The Point is to embrace your unique talents and experience and create something that no one else in the entire world could create.

If success follows, that’s wonderful. We all want that. But the real lesson I’ve learned is to focus on the only thing I can control – the writing. And that’s my advice to anyone who has just published their first novel. Do what you can to promote your book, but don’t let that effort cut into your writing time. In the end, the best thing you can do for your writing career is to write your next novel. 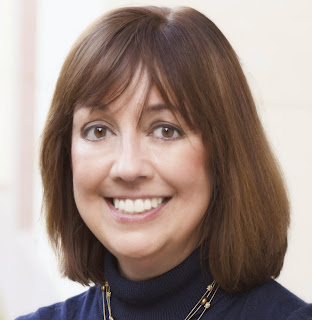 Janice Hamrick Bio:
Janice Hamrick is the author of the award-winning Jocelyn Shore mystery series. Her first novel DEATH ON TOUR (2011, Minotaur) won the MWA/Minotaur First Crime Novel award and was nominated for the Mary Higgins Clark and RT Reviewers’ Choice awards.  In the newest novel, DEATH RIDES AGAIN (2013), Jocelyn visits her family’s Texas ranch only to find that a cousin is missing, another has been shot, and opening day at the new racetrack is off to a murderous start.  Janice was born in Oklahoma, grew up near Kansas City, and now lives in Austin with more dogs than she cares to admit. Visit her at www.janicehamrick.com, Facebook, and Twitter.


Texas high school teacher Jocelyn Shore was enjoying Thanksgiving at her Uncle Kel’s ranch until she discovers Uncle Kel threatening his son-in-law Eddy with a shotgun. Thanks to Jocelyn’s quick thinking, disaster is averted, but within hours Kel’s daughter Ruby June goes missing and the family pins the disappearance on Eddy. 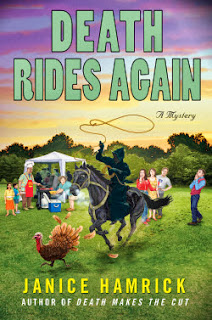 Still, it isn't until Jocelyn and her sometime-boyfriend Austin Homicide Detective Colin Gallagher find Eddy's body that the police really take notice. Unfortunately, all eyes—including Colin’s—are on Kel as the most likely suspect. While Colin assists the local police, Jocelyn and her cousin Kyla decide to investigate on their own. Their hunt turns up a shady ranch manager, a mysterious racehorse owner, and an overly persistent goat, but no sign of Ruby June… or a killer who is poised to strike again.

With a family reunion that is getting smaller by the minute and more romance and humor than can be fenced in on any ranch Janice Hamrick’s DEATH RIDES AGAIN is another outstanding addition to her award-winning mystery series.