While we feature new releases from debut authors on the first Thursday in every month, sometimes people don't join until after their book has launched into the reading world. The social media team put our heads together, brainstorming ways we could continue to support our members, and decided to do a twice a year "catch up" post. This post features releases from Debut Authors whose book released during the first half of the year. 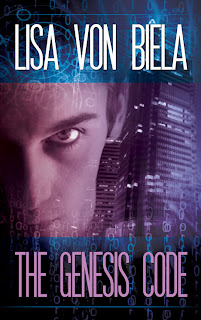 Obedience and submission…uploaded directly to the brain…

When Mark Weston is hired by OneMarket, the prestigious and premier supplier of global equity trading systems, owned by international business tycoon Simon Harris, he thinks he's found his dream job. Great pay, amazing benefits—and sure, the hours are long and the demands on his time are often extreme—but it means financial security for him and his wife Sheila, a new life and a new beginning, a fast track to success with a great company.

But deep within the walls of the enigmatic OneMarket, there is something unthinkable happening that only a select few are aware of, the development of a new kind of invasive technology dubbed THE GENESIS CODE, that could not only expand Simon Harris' empire, but create a new, more efficient and obedient workforce. Mark and his coworkers have unknowingly become part of a horrifying experiment they may never be able to escape, and time is running out. 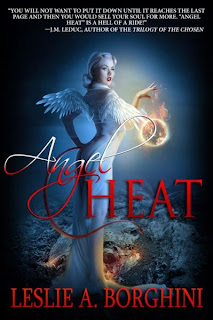 The two most powerful entities in the universe have a meeting, and it does not go well. The fate of all humanity is at stake. God and Lucifer remain at odds on how best to deal with mankind.

While the Prince of Darkness’ minions continue to do his bidding, Heavenly angels have their own agenda. Only seven days remain before all life on Earth will be extinguished. Angels, witches, and demons must somehow set aside their differences and join forces to save the planet. Going against their masters, they struggle to save all of creation from a fiery destruction. God, who is frustrated and has lost faith in humanity, and the Father of Lies, who sees only opportunity, come to blows, and a powerful witch becomes the unlikely key to mankind’s survival. Lines between good and evil become blurred in a frightening tale of horror and betrayal, love and redemption. When neither God nor the Devil can foresee the outcome, what hope is there for the human race?

“Angel Heat” is a roller coaster ride through Heaven and Hell, and readers are given a seven-day pass to buckle up and hold on for dear life. 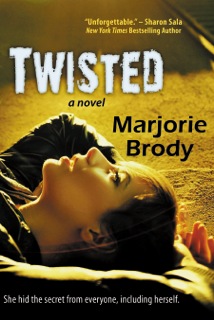 Timid fourteen-year-old Sarah Hausman wants her controlling mother to stop prying into what happened the night of the freshman dance. Confess to the police? No way. Confide in her mother? Get real. The woman is too busy, too proud, and jealous of Sarah to really care if her life disintegrates. Besides, her mother will say Sarah is totally to blame for what the boys did--which Sarah believes is true. So she doubly needs to shield the truth. Not just from Momma. But from everyone. Including herself.

Beautiful, confident, eighteen-year-old Judith Murielle lives the ideal life. She has college plans, respect from family and friends, and a fiancé she adores. But as a mysterious connection pulls her toward Sarah, Judith's perfect world unravels. Acting as Sarah's sole confidante, Judith gains the power to expose her secret. Will the truth be worth the sacrifice? Or will Sarah stop at nothing to keep Judith quiet? 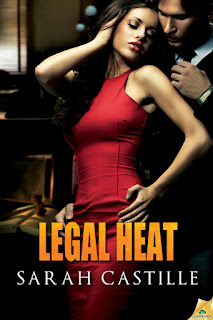 Katy Sinclair made it to the brink of partnership at her high-powered law firm with hard work, dogged determination, and the ruthless self-discipline to cultivate a conservative public image. But when she follows an evasive witness into a sex club, she can’t deny herself a red-hot sexual encounter with the seductive bartender who sets her body on fire. She’s sure no one will ever know about her indiscretion—until she walks into the courtroom to find her dirty little secret is the opposing counsel in the most important case of her career.

As the managing partner in a struggling law firm, hot-shot attorney Mark Richards can’t afford any mistakes that might cost him his biggest client. Like getting involved with his beautiful, determined opponent—the mystery woman he hasn’t been able to forget. But when Katy’s quest for justice leads to death threats, Mark will sacrifice everything to protect her.

Now they’re risking their hearts…and their lives…in a race to catch a killer. Little do they know, the greatest danger lies closer to home.

Warning: This book contains explicit sex, light bondage, violence, murder, steamy shenanigans in the courtroom, naughty sexytimes in the boardroom, and an exceptionally hot hero with a versatile tie. Any objections will be overruled. 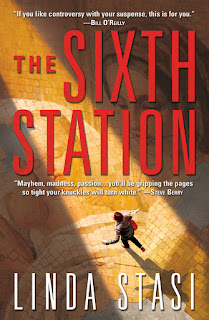 Some say Demiel ben Yusef is the world’s most dangerous terrorist, personally responsible for bombings and riots that have claimed the lives of thousands. Others insist he is a man of peace, a miracle worker, and possibly even the Son of God. His trial in New York City for crimes against humanity attracts scores of protestors, as well as media and religious leaders from around the world.
Cynical reporter Alessandra Russo heads to the UN hoping for a piece of the action, but soon becomes entangled in controversy and suspicion when ben Yusef singles her out for attention among all other reporters. As Alessandra begins digging into ben Yusef’s past, she is already in more danger than she knows—and when she is falsely accused of murder during her investigation, she is forced to flee New York.
On the run from unknown enemies, Alessandra finds herself on the trail of a global conspiracy and a story that could shake the world to its foundations. Is Demiel ben Yusef the Second Coming or the Antichrist? The truth may lie in the secret history of the Holy Family, a group of Templars who defied the church, and a mysterious relic stained with the sacred blood of Christ Himself.