You've Got The Magic In You 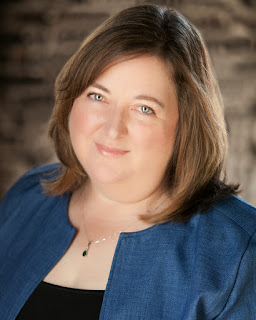 February 4, 2013 . The number three most memorable day of my life. The day my agent called and told me we had a three-book deal with Berkley Prime Crime for a new series, the Greek to Me Mysteries. I cried then. I’m misting up again just thinking about it now. Of course, I didn’t know then that the journey—and the real hard work—was just beginning. But that day, I felt like I’d won the dream-fulfillment lottery. (FYI, my wedding and the day my son was born tie for the number one and number two spots)

Did I always want to be a writer? I get asked that a lot. Of course, I’d always been a reader, that goes without saying. My aunt loves to tell how, while babysitting me, she was forced to read the Little Golden Book Chicken Little over and over, to the point that to this day she hates that story. When I got to school, I learned to read for myself, relieving my aunt of Chicken Little duty, and I never stopped. I read all kinds of books, fiction and nonfiction, but most of all I loved the mysteries. Encyclopedia Brown. Sherlock Holmes. Agatha Christie. Nancy Drew. Barbara Michaels/Elizabeth Peters.

But as to whether I always wanted to be a writer, well, wanting to and thinking you can do something are two different things. I studied history and literature in college, and wrote in fits and starts over the years. But I never produced a complete … anything. I have a whole drawer full of Chapter Ones. Sometimes I didn’t even finish the whole chapter, just wrote a couple of pages. Couldn’t even manage a short story. You see, though the want was there, the confidence to fulfill that want was missing. I truly believed that writers were different than the rest of us, possessing some kind of special abilities—or maybe it was some kind of magic—that enabled them to put pen to paper or fingers to keyboard and produce a whole story.

Of course, now I know that writers are different than other people. Everybody has stories in their head. But writers write them down from beginning to end. Then they go back and fix their words until the story works. That’s the magic.

A few years ago, I took a long look at my life and realized that if I never finished writing a novel, I would regret it. At that point, I was not even thinking about publication. For my own self-respect, I needed—no longer wanted, but needed—to get from the words “Chapter One” to “The End,” with a complete story in between. And so I joined a writers’ group at my local library. I almost didn’t go to that first meeting. But I forced myself. And I met, that very first night, a new friend who was just a little further ahead on her journey. Over the next year, we encouraged each other, prodded each other along, and didn’t let each other quit. She produced a YA novel that she subsequently indie published. I produced the book that would become, with several rewrites of the opening fifty pages, Feta Attraction.

Now I had a complete manuscript. The writers’ group at my library disbanded, and a few of us who were left realized that we knew nothing about the business of writing. So we joined our local chapter of Romance Writers of America (www.ctrwa.org). A mystery writer joining an RWA chapter? Yup. The members there taught us about literary agents, and querying, and synopsis writing, and pitching, and all kinds of other business and writing craft. And I also joined Sisters in Crime New England (www.sincne.org), to get mystery-specific experience. I strapped on my new tool belt and got to work.

Three months after I started querying in earnest, I got an offer from an agent. And then a couple of weeks later I got a second offer from an agent with a better track record, which was the one I ultimately accepted. We put together a proposal, and within a week of it being submitted to an editor, it was sold. February 4, 2013.

Fast forward, and Feta Attraction is now on the bookshelves. Book 2, Olive and Let Die, releases November 3, 2015. And Book 3, as yet untitled, will be out in 2016. Not bad for a girl who didn’t believe she had the magic to get it done. If I’ve learned anything from this process, it’s that everybody has the magic. You just have to get out of your own way long enough that it can do its work. 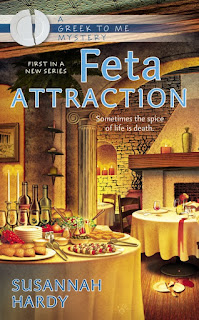 Susannah Hardy thinks she has the best job in the world: making up stories and inventing recipes to go along with them. A native of northern New York, where she attended St. Lawrence University, Susannah now lives in Connecticut with her husband, teenaged son, and Elvira the Wonder Cat.

Georgie Nikolopatos manages the Bonaparte House, a Greek restaurant and historic landmark in beautiful upstate New York rumored to possess ghosts and hidden treasure. But when her husband disappears and her main competitor is found dead, it’s up to Georgie to solve a big fat Greek murder.  Includes delicious Greek recipes!