Doing It My Way 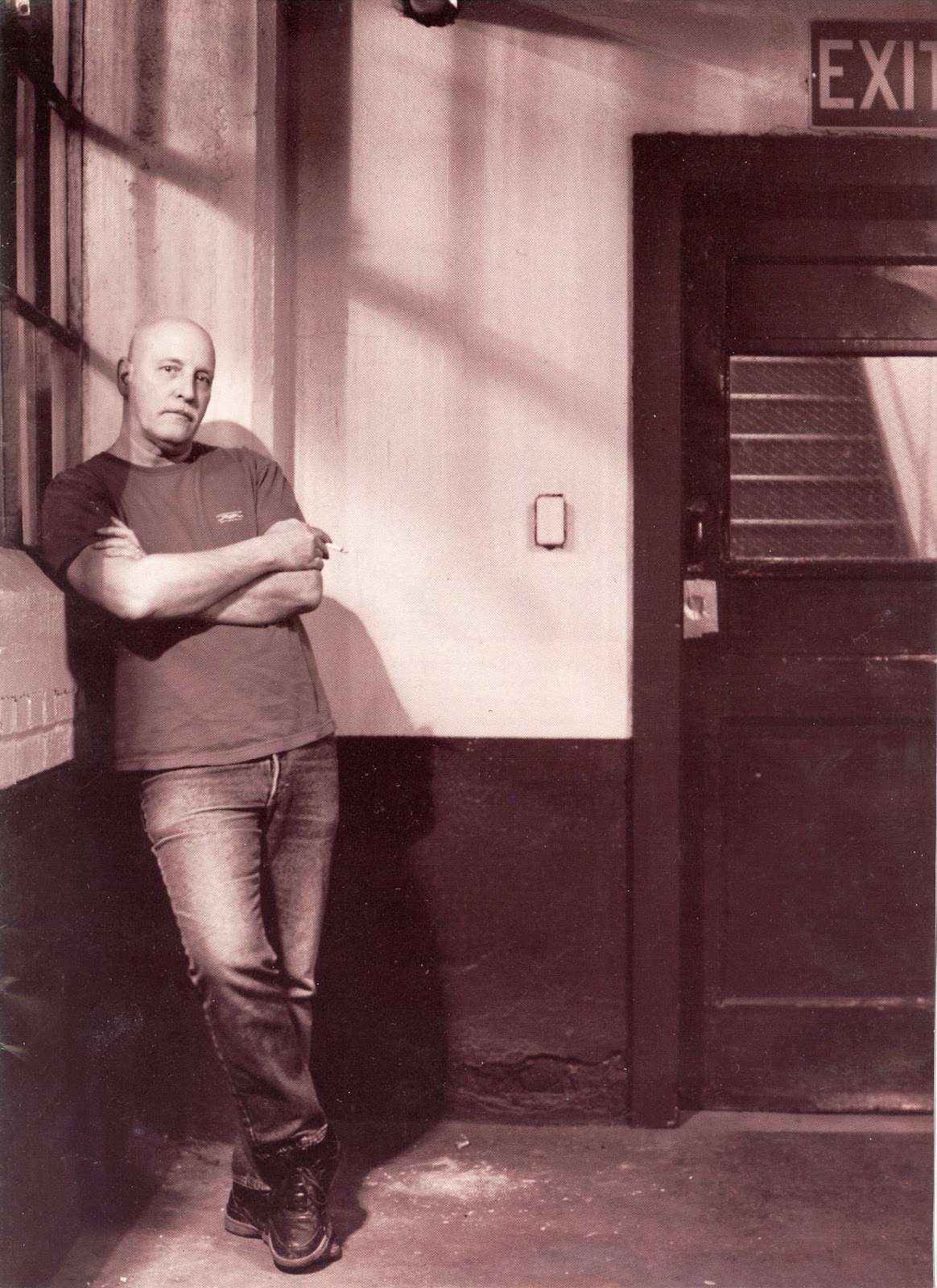 My latest novel, a black comedy crime caper titled THE GENUINE, IMITATION, PLASTIC KIDNAPPING will be released by Down&Out Press in early October. This will be my 18th published book and is unlike any of my previous work.

And, that’s a problem. At least it’s seen as a problem by most agents and editors. Most of those folks greatly prefer their authors establish a “brand” and since I’m a dedicated contrarian, I guess I’ve disappointed those folks. It’s difficult to find more than three books of mine that fit the same category.

Do these gatekeepers have a valid point? Absolutely. No doubt about it. When a writer establishes a brand for his or her work, life becomes infinitely easier for both agents and publishers. For starters—and for the biggest reason—such a writer begins to create a group of followers, and that means dollars. They get this philosophy from THE MUSIC MAN. Here’s what Harold Hill had to say about branding (slightly paraphrased…):

With a capital “B” and that rhymes with “G” and that stands for ‘Gelt.’

A vast number of today’s gatekeepers subscribe to Mickey Spillane’s famous philosophy: “I have no fans. You know what I got? Customers.” Overlooking the grammatical misstep, this is what drives much of publishing strategy these days. Customers. And, books basically are marketed like sanitary napkins. Kotex and Stay Free rule that aisle.

My problem is I don’t like that aisle. At least not exclusively. I like to roam all over the store. I enjoy cruising by the produce section, the meat counter, even the refrigerators with the frozen dinners. On a sweltering summer day, there’s nothing better than swinging the door open on the Swanson section and basking in the frosty air until the second assistant manager makes me close the door and come help clean up the spill on Aisle 3. Sometimes, I even like to get outside and walk the sidewalks or take a ride on the coin pony outside.

I know that. I accept that. I have to—it’s reality.

Could I change? Yeah, I could, but I don’t wanna. I like being a writer and the fun of that for me is writing about the things that interest me. And, unlike Mr. Spillane, I don’t have many customers. It’s the tradeoff for not becoming a brand name and writing the same book, over and over. What I do have are readers. And, most of my readers are fellow writers. I’m real proud of that. It tells me I’m not seen as a one-trick pony and that’s important to me. I’m kind of like Nabokov—the only two genres I recognize are good writing and bad writing.

I was told that the thrust of this article should be to share tips and advice with my fellow writers on stuff I’ve learned through my own journey in publishing. The advice I offer is this: At some point, you have to decide for yourself which you want to be. The choices are basically two. One, you can focus on series or on stand-alone books which fit nicely into a particular niche on the bookshelves.
Or, you can roam the entire store. The first choice has a much greater chance of achieving financial success. The second choice has a good chance of not making so much money, but of perhaps having more of that “fun” writing used to represent when you began. Of course, for a lot of folks, having a lot of customers and making a pile of money represents that ol’ “fun” thing to them. And I’m not denigrating that in the least. It just doesn’t fit my own definition.

My only desire and goal in writing novels is that each one is better than the last. I achieved what I consider critical success with my last book, The Rapist. When a guy like Ken Bruen says it’s one of the best things he’s read and “cries out to be a movie,” the temptation is to write another book just like it. But I can’t do that. If I did that, I would be Mickey Spillane. And, unlike Mr. Spillane, it isn’t customers I’m after. It’s writing a better book than I ever have. And, for me that doesn’t mean to keep on writing the same book. I don’t see how one can do that by writing a similar book. I don’t feel I can go any deeper into that particular subject matter than I have. So, I decided to write the funniest book I was capable of. The book I’m working on now? Well, it’s very different from either The Rapist or The Genuine, Imitation, Plastic Kidnapping. I won’t talk about it here. I’ve found if I talk about a book I’m working on I kind of lose steam. I’ve already “written” it by talking about it to others. All I’ll say is that it may not appeal to the folks who liked Kidnapping. Then again, maybe it will. I don’t know and I don’t care.

Hopefully, without being pretentious, I compare myself to Miles Davis. For you jazz fans who are familiar with both Miles and Dizzy Gillespie, here’s the difference between them. Miles kept stepping outside his comfort zone and trying new forms of music. Dizzy took the other route. He found an area that appealed to lots of people and simply kept on making the same kind of music. He did keep getting better. But, he didn’t really step outside his brand. Miles did. Often with disastrous results. Both were hugely successful, but Miles may have become even more so if he’d only kept making the same kind of music. But, he didn’t. I don’t presume to compare myself talent-wise to either, but only in their approach to their art.

And that’s the choice I think most writers have to make for themselves. Should I write for sales or should I write what I want to write regardless of sales. If you choose my path, be aware that agents may not swarm to you. You have to be okay with that.

And, either path is just fine.

Except, perhaps, to agents. 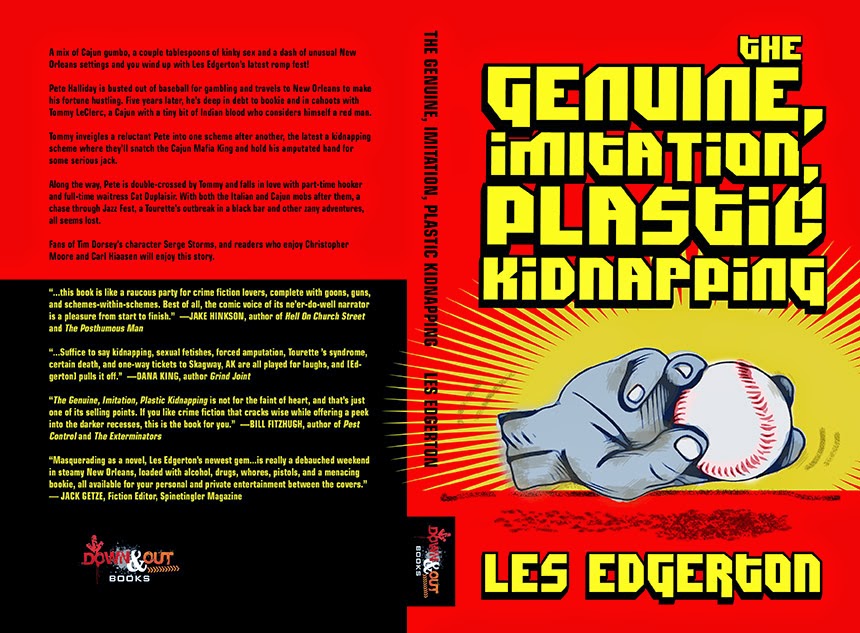 Les Edgerton has a bit of an unconventional background in that he’s an ex-con, having spent a bit over two years in prison for burglary, strong-armed and armed robbery, and possession with intent to sell. He’s all cleaned up now and you can invite him into your home for dinner and won’t have to count the silverware after he leaves. He’s also earned a B.A. from I.U. and an MFA in Writing from Vermont College.

THE GENUINE, IMITATION, PLASTIC KIDNAPPING: Pete Halliday is busted out of baseball for gambling and travels to New Orleans to make his fortune hustling. Five years later, he’s deep in debt to bookies and cohorts with Tommy LeClerc, a Cajun with a tiny bit of Indian blood who considers himself a red man. Tommy inveigles a reluctant Pete into one scheme after another, the latest a kidnapping caper where they’ll snatch the Cajun Mafia King and hold his amputated hand for some serious jack. Along the way, Pete is double-crossed by Tommy and falls in love with part-time hooker and full-time waitress Cat Duplaisir. With both the Cajun and Italian mobs after them, a chase through Jazz Fest, a Tourettes outbreak in a black bar and other zany adventures, all seems lost.

“THE GENUINE, IMITATION, PLASTIC KIDNAPPING is a dark crime comedy that will have you laughing from page one. It crackles with manic energy and mad thrills. If you're looking for a different kind of edgy crime novel, this is the one to grab.” --Bill Crider, author of Compound Murder, Gator Kill and others.

“Les Edgerton serves up a gumbo of sexual deviants, small time hustlers, and serious criminals in a caper that reads like a deranged Damon Runyon tale relocated from Broadway to the French Quarter. "The Genuine, Imitation, Plastic Kidnaping" is not for the faint of heart, and that's just one of its selling points. If you like crime fiction that cracks wise while offering a peek into the darker recesses, this is the book for you.” Bill Fitzhugh, author, PEST CONTROL, TERMINATOR and others.

YES! Exactly what I think! In other words, why limit yourself?

So great to see Les at The Thrill Begins! Believe me when I say, we readers are happy that he roams. We writers, too.

A sharp post, Les. But, strangely, I can see you more as a Coltrane to Miles. Perhaps, more radical.

David, I'd be thrilled and enormously humbled to be compared with my philosophy to either of those guys! Thank you, indeed.