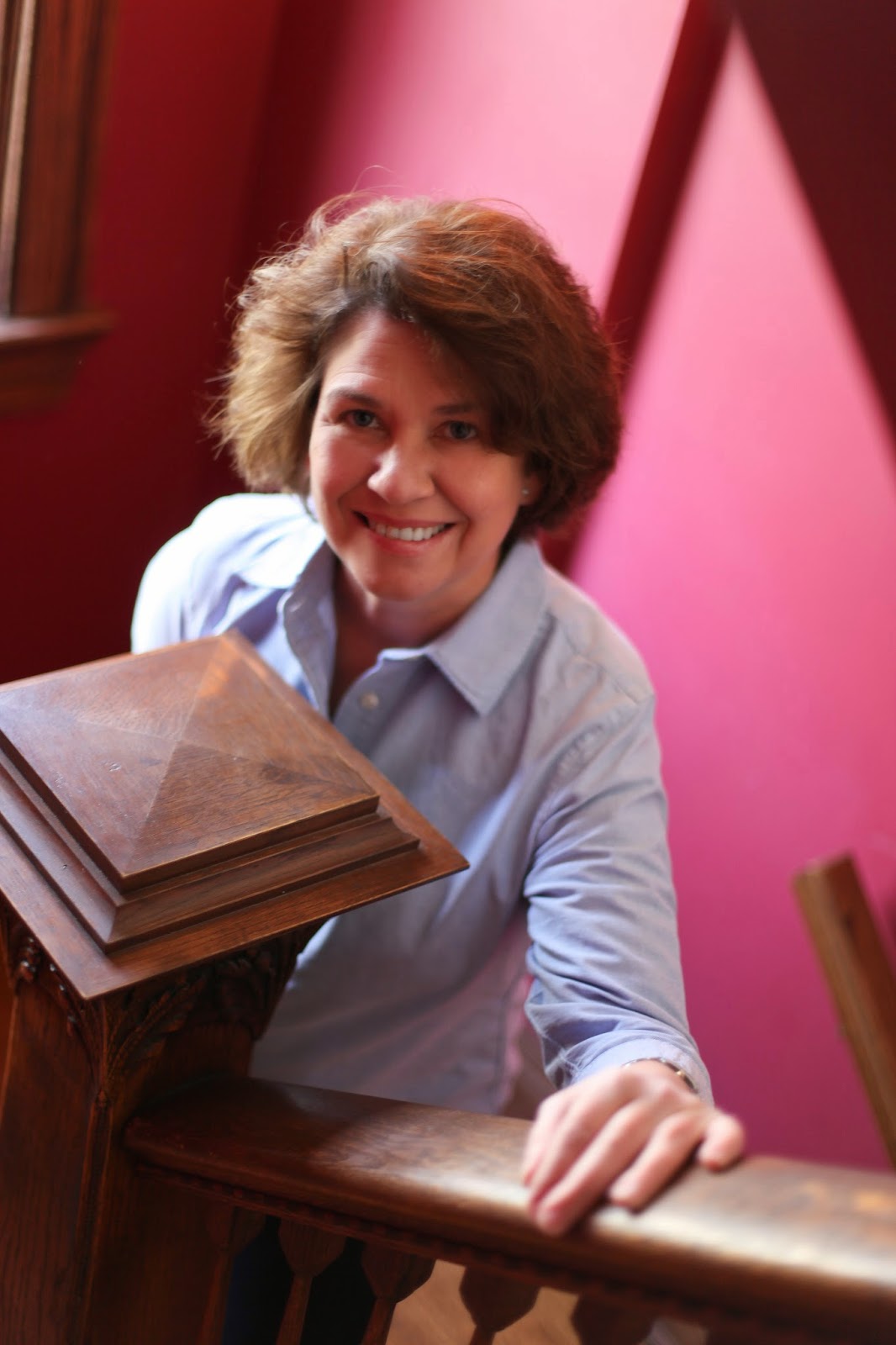 Everyone remembers their first book launch. If you’re a parent, it probably ranks up there in excitement with the day your first child was born. If you’re a mother, the comparison to nine months of pregnancy, labor, and (thank God!) finally pushing that baby out is hard to resist. Everyone congratulates you. Your family and friends shower you with compliments. For at least a week afterward, you are floating on a wave of pure euphoria. All that hard work, the long, lonely hours at your keyboard, the rejection letters from agents and editors, the revising and proofreading and doing it all over again, have finally paid off.

Then the awful realization hits: your job is not done.

You see, having produced three kids and two novels, I’ve come to regard raising children and sustaining a writing career as involving pretty much the same level of commitment.

Publishing isn’t a game for the low of energy. Names fade fast. One-hit wonders are a rare commodity. Unless you are incredibly lucky or incredibly talented (think Harper Lee) after your first book comes out you can’t just sit back in your easy chair and wait for the royalties to roll in. Just as your precious infant needs to be fed, changed, comforted, and financially supported for the next eighteen years – or, heaven forbid, longer -- your writing career demands constant care and attention.

In publishing, usually this means writing another book every year. Got that? Every single year. Unless you are Stephen King, who doesn’t have to but does it anyway.

Maybe you got good advice and already had your second written when your first came out. If so, pat yourself on the back. And then start on the third. Because if you’re ever going to quit that day job and support yourself -- and maybe a family -- as a writer, you’re going to need a backlist. And it isn’t going to get any easier the second, third or even tenth time around.

I can say this now after having sweated blood over the second in my Mark Angelotti series. In all the flurry over landing a contract and polishing my first book until it shone like the proverbial jewel, I forgot about the fear and insecurity of staring down the white page. I had conjured up an image of myself as a successful writer, one in which the ghost of Henry James – or better yet, Raymond Chandler – whispered witty prose into my ear each morning and my only job was to get it all down on paper before it was time to take myself off for a well-deserved walk or lunch with a friend.

Needless to say, that didn’t happen.

What I also discovered was that my time was at a premium like never before. Between keeping up with social media, nurturing relationships with all my new author friends, attending conferences and events, revising, proofreading AND meeting deadlines, I hardly had time to breathe, let alone carve out the mental space I needed to write four or five pages a day.

My second book, Dante’s Poison, came out in May, and I’m now finishing up my third, which is a lot like having another child when your first is still in diapers. That is to say, I’m far better at juggling many different roles, and far more relaxed about getting it all done. Meeting my word count each day is still hard, but I’ve learned to sit back and savor the special moments that make it all worthwhile.

My books will never grow up to become responsible citizens, but the sense of accomplishment is the same.

Lynne Raimondo is the author of Dante’s Wood (Seventh Street Books, 2013). “Stunning” and “one of the best mystery debuts since V.I. Warshawski solved her first case.”—Mystery Scene. “A real keeper.” – Library Journal (starred review and mystery debut of the month). Before turning to writing, Lynne was a partner at a major Chicago law firm, the general counsel of Arthur Andersen LLP, and the general counsel of the Illinois Department of Revenue. Dante’s Poison, the second in her series featuring a blind forensic psychiatrist, was released in May. Visit her website at lynneraimondo.com 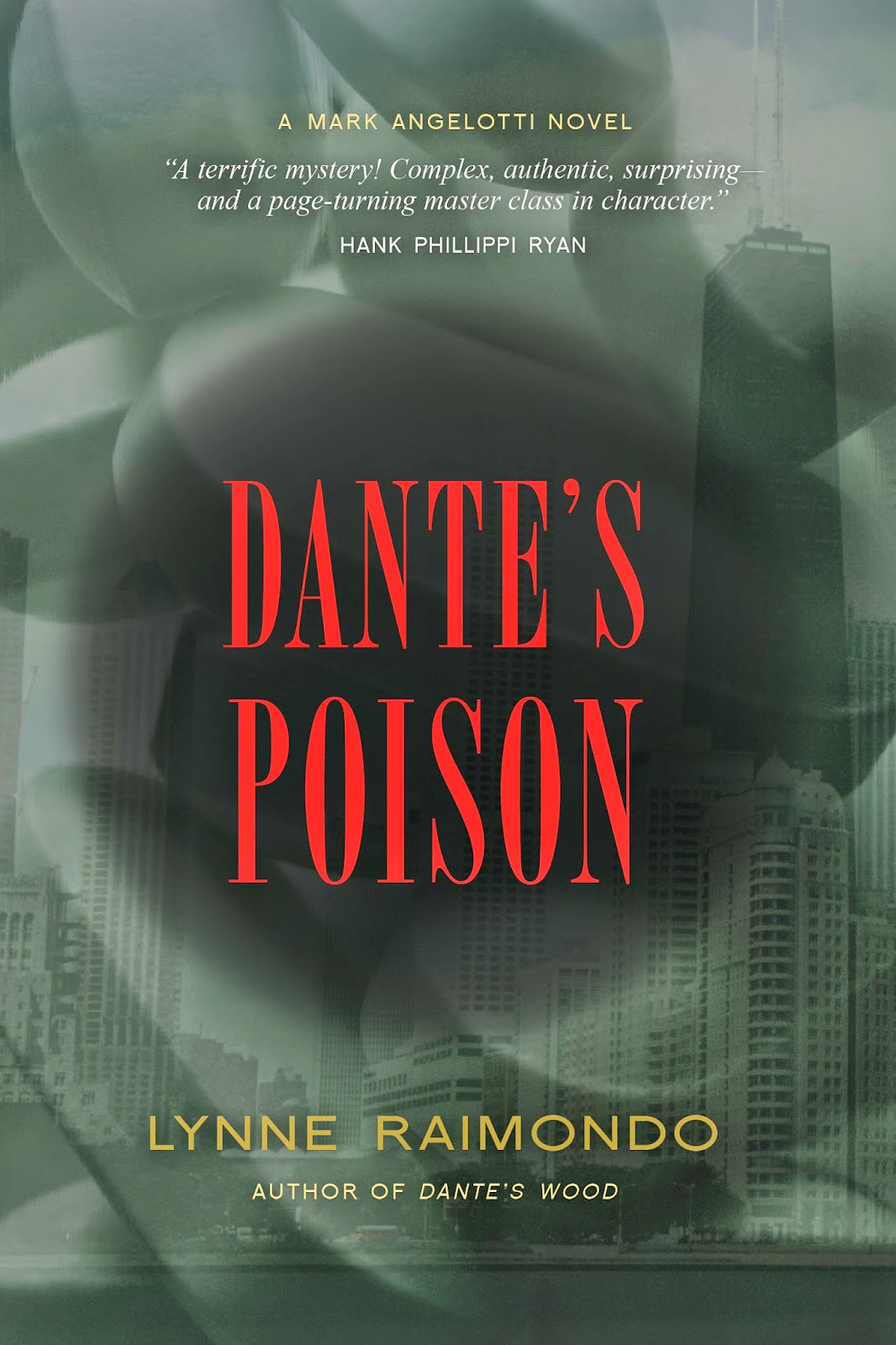 Blind psychiatrist Mark Angelotti has just enrolled in a drug trial that holds out hope of restoring his eyesight when he again becomes entangled in a case that is rocking the Chicago legal community. After defending the manufacturer of the powerful antipsychotic drug Lucitrol against product-liability claims, attorney Jane Barrett has become somewhat of an expert on the controversial medication. So when her lover, investigative journalist Rory Gallagher, collapses from a fatal dose of the same drug, it falls to Hallie Sanchez, Barrett’s oldest friend, to defend her on murder charges. Amid growing doubts about her friend’s innocence, Hallie recruits Mark Angelotti to help her discredit the testimony of a crucial eyewitness. The pair succeeds in obtaining Barrett’s release, but at a dreadful price. Mark sets out to investigate who else may have wanted the journalist out of the way. As he gets closer to the truth, he realizes the killer is still on the loose. But two questions remain for Mark: Will the drug trial succeed in restoring his eyesight? More important, will he live long enough to see this case to its end?
Posted by marjoriespages.com

Wise words, Lynne. Thank you. I have a feeling your books will grow up in their own way, too ;)

Thanks Jenny! So long as they never talk back to me!

You portray getting published and published again very well, Lynne. I knew it was hard work writing a book, but nevertheless have been astonished at how much time, energy, and perseverance it takes. It is all good and I love the process, but gosh...still...wow!