Know What You Write 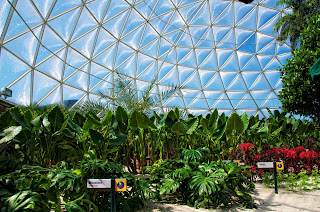 One of the oldest, best known, and perhaps most discredited pieces of writing advice out there is “Write what you know.”

When I was younger, I took this to mean “write about your own life,” and decided early on it was advice to be disregarded.  I was sure no one wanted to read about my life, and I’ve still never read a bestseller — or any kind of seller — with a protagonist who spends every night writing while all the interesting characters are out doing things. (“Our hero sat at the computer and typed. Then he typed some more. After a slightly over-long break on Twitter, he resumed typing.”)

I decided it is more important to write who you know, or to write what you know about people. So I created characters informed by the people in my life as I wrote about things I didn’t know, things like forensics, which required massive amounts of research. That kind of research is a lot of work, but it’s immensely fun, a spark for creativity and a great source for ideas.

I might not have been writing what I knew, but I knew what I was writing. I got plenty of great feedback, including praise for the accuracy and detail of the forensics. But I was also frequently asked if I had a background in forensics, and met with unmistakable disappointment when I replied,  (betraying none of the indignation that I felt), “No, my background is in writing.”

Meanwhile, during the day, I continued to work as communications director for a food co-op in Philadelphia, editing and publishing a monthly newspaper, The Shuttle, and, in large part, writing about food and the systems that grow and produce it. My daytime activities were almost as boring as my evenings (“The next day, our hero sat at a different desk, on a different computer, and he typed. After sharing a hilarious cat picture on Facebook, he typed some more. …Then he went to a meeting.”) But the issues I was covering were fascinating and important, increasingly so in recent years. Food was being irradiated, cloned, and genetically engineered — bad news for people who eat food, but great news for a writer looking for a meaningful topic to write about. Ideas for thrillers jumped out at me every day.

As the news about GMOs, or genetically modified organisms, got crazier and crazier, I decided I had to get involved. I began working with groups like Just Label It and the Right to Know coalition, who were spearheading national efforts to label GMOs, and more recently with statewide groups in Pennsylvania.

I also started working on Drift, a thriller about GMO’s and the blurring line between food and pharmaceuticals, first because it was a great idea for a thriller, but also because fiction can be a very compelling way to explore important issues. I still had to do plenty of research (you always have to do lots of research), but I already had a nuanced understanding of the topic, and a certain level of credibility if someone was to ask about my background in this area. I’ve already gotten great feedback, support and enthusiasm from people in the GMO labeling community.

Drift doesn't come out until July, and I have no way of knowing how it will be received. But having benefited from the subtle grasp that comes with a deep understanding of a subject, the satisfaction of making a meaningful contribution to the discourse of an important topic, and, hopefully, the support of a broad community of people who share my concerns, if I had to offer one piece of advice it just might be, Write what you know. 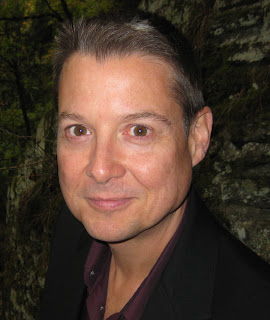 BIO: JON McGORAN has written about food and sustainability for twenty years, as communication director at Weavers Way Co-op and editor of The Shuttle newspaper, and now as editor at Grid magazine. During that time he has also been an advocate for urban agriculture, cooperative development and labeling of genetically engineered foods.

He is a member of the International Thriller Writers and the Mystery Writers of America, and a founding member of the Philadelphia Liars Club, a group of published authors dedicated to promotion, networking, and service work. In Drift, he combines his interest in the increasingly bizarre world of food today with his love of the thriller. Visit him at: www.jonmcgoran.com 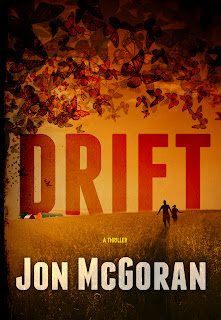 Drift is an ecological thriller about genetically-engineered foods, agro-pharmaceuticals and bio-tech threats to farming and food. After the death of his parents, Philadelphia narcotics Detective Doyle Carrick plans to spend a thirty-day suspension drinking alone in the country.

But then a high-powered drug gang shows up in town and when Doyle busts their scheme to sell genetically altered heroin, he realizes they are up to something far more sinister. Soon, he must race to stop them from unleashing a deadly new plague that could kill millions, and earn billions for those who control the cure.

This sounds eerily similar to a Cracked article from April 10, 2013.

One of the things I've learned at the very starting line of this published author game is a paradox: every single writer's journey is different and yet we all tend to feel and learn and strive for the same things.

I tend to see "eerie similarities" in this vein. What's interesting is the unique voice the author brought to this piece...One thing each writer always has to discover on his or her own.

I applaud your work! You may be interested in a new novel I had the opportunity to review - check it out at www.deadlybeliefs.com and their Facebook page Deadly Beliefs. It is very timely in light of the recent terror attacks. Keep up the great work!