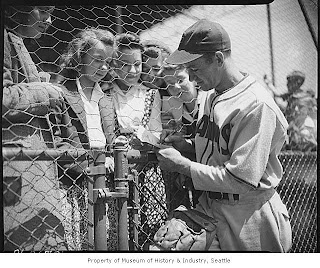 When I was a newbie writer, before I was established or even professionally published I used to believe that ‘the writing life’ was exactly how I saw it on TV or in movies. You know, where the author is a tortured artist who craves a midnight visit from the muse; then he gets drunk, strips to his wife-beater undershirt, and hammers out an incredible book that leaps to the top of the bestseller list. His agent and editors treat him like royalty and he buys a big house, a sports car, and is the darling of the social scene.

Then I became an author. I won some awards, had some bestsellers, even wound up on TV.

But, kiddo, the real world ain’t like it is in the movies.

The truth is, however, more interesting because it’s more real.

First and most important thing to know is that, while writing is an art, publishing is a business. Writing is an intimate conversation between author and reader; even if it’s a conversation repeated many times with many readers. Both writer and reader are there for the story, for the art.

Publishing is about selling copies of art. It’s not about art itself. If you grasp that truth, if you understand it and accept the reality and practicality of it, then you won’t get your feelings hurt. And you’ll probably do better as a working writer.

It’s not that everyone in publishing is a cold and heartless whore. That’s as propagandized a view as the movie version of author as tortured artist. The individual people in publishing–from agents to editors, from book salesmen to booksellers—may have been drawn to their vocation out of a love of books. But their job is to sell them.

They are not the enemy, as many writers seem to think. They are not backstabbing cheats, as too many frustrated writers suggest in their blogs. They are in a business whose product is copies of written works. To accomplish this end, they need to make decisions about whom to publish, how many copies and in what format to publish, who to promote, and who to gamble on. Viewed from a distance, there’s no villainy. They are not trying to hurt the feelings or stifle the career of fledgling writers.

Are they always right?  Of course not. If anyone actually knew the absolutely right way to publish every book so it would be a guaranteed hit, we’d all be gazillionaires. Like any business it’s largely trial and error, learn from experience, guesswork and statistics.

It is not, however, about art. It’s not about supporting the artist.  It’s not about making guarantees that each work will be successful. That business model does not, and could not, exist.

Given this, it’s important for all writers–especially newbies—to work with the system. Doing so does not require that you sacrifice even a drop of your artistic integrity. It does, however, require that you step away from the propaganda and mythology about being an artiste and act like a professional, working writer.

That doorway opens onto success. 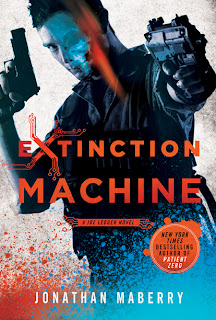 EXTINCTION MACHINE by Jonathan Maberry (St. Martin’s Griffin) The President of the United States vanishes from the White House. A top-secret prototype stealth fighter is destroyed during a test flight.  Witnesses on the ground say that it was shot down by a craft that immediately vanished at impossible speeds. All over the world reports of UFOs are increasing at an alarming rate. And in a remote fossil dig in China dinosaur hunters have found something that is definitely not of this earth. There are rumors of alien-human hybrids living among us. Joe Ledger and the Department of Military Sciences  rush headlong into the heat of the world’s strangest and deadliest arms race, because the global race to recover and retro-engineer alien technologies has just hit a snag. Someone—or something—wants that technology back. 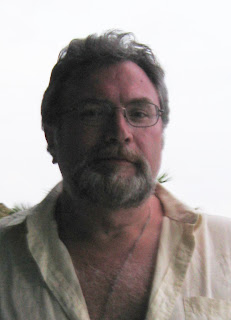 BIO
Jonathan Maberry is a NY Times bestselling author, multiple Bram Stoker Award winner, and freelancer for Marvel Comics. His novels include EXTINCTION MACHINE, FIRE & ASH, PATIENT ZERO and many others. His award-winning teen novel, ROT & RUIN, is now in development for film. He is the editor of V-WARS, an award-winning vampire anthology. Since 1978 he’s sold more than 1200 magazine feature articles, 3000 columns, plays, greeting cards, song lyrics, and poetry. He is the founder of the Writers Coffeehouse, and co-founder of The Liars Club. Jonathan lives in Bucks County, Pennsylvania with his wife, Sara Jo. www.jonathanmaberry.com

No villainy,I agree but you said:
Like any business it’s largely trial and error, learn from experience, guesswork and statistics.

I agree only slightly because many businesses do market research. The fragrance industry does a lot of it. Yankee Candle and Bath and Body Works don't randomly choose what they next candle will smell like, they do focus groups. Publishing does none of that and it's been my complaint about it all along.

Other than that, I agree with everything else you said.

Jonathan, good advice! And I would think, if we can separate out the writing world from the publishing world, then that could inspire less cynicism and wasted negative energy - and drive more focused output aligned with our goals as an author.

Jonathan: Insightful, as always. There's a reason great artists died broke and unknown in the past. No marketing. Well, of course, many reason beyond just that. Today, of course, we are lucky to live in the age of the internet. Marketing opportunities abound. It's up to all writers, established and 'newbies' alike, to take advantage of what's there. Set aside time to do it yourself, outsource the work to competent virtual assistants, or hire a professional to get your "brand" known. Then, you can go back to on writing. It's a cycle. Inspiration, perspiration, promotion: write & market. I wouldn't have it any other way.

Great advice, Jonathan. "Act like a professional" - it can't be said too often.