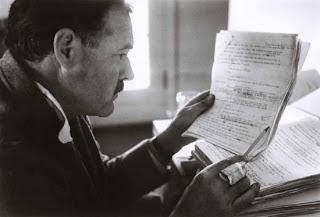 My first piece of advice to any newcomer is to take my advice if it works for you—and ignore it if it doesn’t.

I haven’t given any yet, not really.

So here it is.

We go to all kinds of workshops and panels and we hear how many experts work. I should qualify what I’m saying. If an FBI agent tells you something that an FBI agent would do, I’d go with it. Or if an arms specialist told me about a gun, I’d go by what he says.

But we read subjectively and have different pet peeves and the way we write can be just as subjective. Story boards are great and you can go to wonderful workshops on them; for some people, it’s easier to keep notes, or even immerse themselves in their manuscripts. Some will tell you that you need an outline to get started while other authors like to sit down and go and see where their characters and words lead them.

But if you’re ever in a workshop and someone—even someone who is extremely successful—tells you that you must work in one way or another, that someone just might be wrong. There are authors who will tell you that they must have certain music playing; they must have coffee at hand, or that they must set the mood. They must be alone—they can only concentrate in perfect silence.

We all work differently.
So, there really is no right way to go about writing.

I’ve seen authors go to conferences and hear conflicting advice or believing that they have to take every piece of advice or adhere to everything they’ve learned. Now, most of the time, the person speaking is going to give great advice. And most of it will be valuable. The writer (and the “old” writer) must listen and learn and then create a filter. Everything that is useful to them needs to be held and what just won’t work in their methods or their lives, they have to let go.

Trying to take every piece of advice is like trying to please every single reader out there—it’s not going to happen.

This goes back to where your friends/critique partners or even editors that read your work. One may love a protagonist and hate a plot twist. Loathe one character and become annoyed by another. Some have an instant dislike of first person or present tense.

A writer has to use his or her own filters or be lost in a jumble of confusion. Study your own work—decide what you feel. Often a writer will realize that a character who shouldn’t be is abrasive. Or there is a hole in the plot that a truck could drive through. Listen, learn—and be honest and a little brutal with yourself—and weigh every piece of what you’ve heard with your belief in yourself, your book, your characters, and your plot.

If these words are helpful to you, use them. If not, please filter out!

BIO: New York Times and USA Today best selling author, Heather Graham, majored in theater arts at the University of South Florida. After a stint of several years in dinner theater, back-up vocals, and bartending, she stayed home after the birth of her third child and began to write. Her first book was with Dell, and since then, she has written over one hundred novels and novellas including category, suspense, historical romance, vampire fiction, time travel, occult and Christmas family fare.
She is pleased to have been published in approximately twenty languages. She has written over 100 novels and has 60 million books in print. She has been honored with awards from Walden Books, B. Dalton, Georgia Romance Writers, Affaire de Coeur, Romantic Times and more.
Heather has also become the proud recipient of the Silver Bullet from Thriller Writers. Heather has had books selected for the Doubleday Book Club and the Literary Guild, and has been quoted, interviewed, or featured in such publications as The Nation, Redbook, Mystery Book Club, People and USA Today and appeared on many newscasts including Today, Entertainment Tonight and local television.
Heather loves travel and anything that has to do with the water, and is a certified scuba diver. She also loves ballroom dancing. Each year she hosts the Vampire Ball and Dinner theater at the RT convention raising money for the Pediatric Aids Society and in 2006 she hosted the first Writers for New Orleans Workshop to benefit the stricken gulf region.
She is also the founder of “The Slush Pile Players”, presenting something that’s almost like entertainment for various conferences and benefits. Married since high school graduation and the 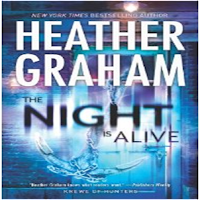 mother of five, her greatest love in life remains her family, but she also believes her career has been an incredible gift, and she is grateful every day to be doing something that she loves so very much for a living.
The Unseen, The Unholy, The Unspoken and the Uninvited are available now.  Let the Dead Sleep will be released in March, 2013.  The Night is Watching,  The Night is Alive and The Night is Forever will be released in June, August and October.

Thank you. Honesty and simplicity are really great to hear. Sometime people overanalize. Especially with our own work/words.